On May 7 actress Miriam Mayet ("Bedways") and I presented the award show at the 40th anniversary of the Sehsüchte Film Festival. We went through a total of 16 awards at the grand cinema room of the Hochschule für Film und Fernsehen (HFF) Potsdam including honorable mentions, comments from the jury, film clips and, of course, thank you speeches by all the winners - all the while switching back and forth between German and English. 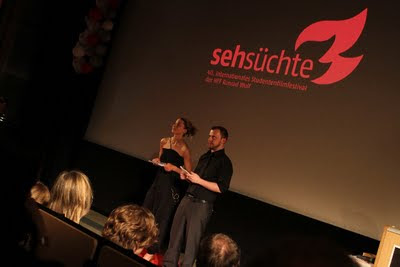 Naturally, we were afraid the show would go on forever. But thanks to the brilliant timing of the organizers, especially Anna Luise Kiss, we were done in a little over an hour, which we suppose was a delight to everyone awaiting the legendary closing party. 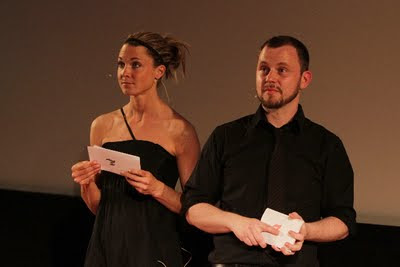 Posted by Tom Ehrhardt at 8:58 PM No comments: