I remember getting sent the first album and video by Mediengruppe Telekommander in 2004. Back then I just started working for the music program "Tracks" on arte tv and I immediately fell for their mixture of nasty beats and counter-polemic slogans.

Ironic, how almost a decade later Stefan Fähler and I directed, what is likely to be their last video ever.

To make a long story short, the band happened to see "Mis-Fortune Cookie", the result of a 24 hour movie challenge we took part in a few weeks ago. Since they had always wanted a Zombie-themed clip, they asked if we could do it. We reckoned we could, so we said yes.

For the shoot, we tried to call on as many teamsters from "Mis-Fortune Cookie", as well as recruiting fresh talent. This time, Aläcks Pin Heiro is not hidden behind monster make up, instead he's opening the clip and getting eaten. Bine Fez Buk kind of reprises her role as Marcia, sporting the golden flip-flops, her famous bath gown, yet with an admittedly slightly altered attitude. Again, benefitting from our experiences with the 24 hour movie challenge, we were on a rather tight schedule. The first picture was shot on a Saturday right after midnight, the whole clip was finished a mere 2 and a half days later on Monday evening.

We really have to thank all the Zombies, bodies and helping hands behind the camera for making this a smooth ride. And we have to thank Mediengruppe Telekommander for the request to do a video like this. 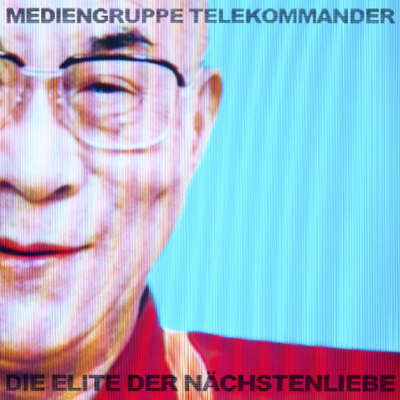 Make sure to check out their final album "Die Elite der Nächstenliebe" and to catch them on their farewell tour.
Posted by Tom Ehrhardt at 4:53 PM